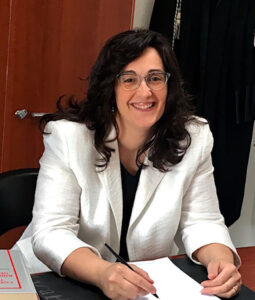 Avv. Roberta Longhi graduated in law from the University of Verona in 2003, presenting the thesis “The Zugewinngemeinschaft as a Possible Model of Atypical Property Regime” on Comparative Private Law, having also attended the University of Regensburg in 2002.

In August 2004, she completed a training period at the Kolonko & Dammeier law firm in Frankfurt, during which she furthered her knowledge of German law and the German language. Subsequently, she became a civil mediator, working in this capacity for an entity to the east of Verona. For a number of years she worked with several law firms in Verona before founding her own. She was awarded the certificate of knowledge of the German language pursuant to President of the Republic’s Act no. 752 of 26.07.1976 (certificate of bilingualism for the Trentino-Alto Adige region) and the qualification as arbitrator for the International Arbitration Chamber. For some years she has also been teaching courses in the field of health legislation. 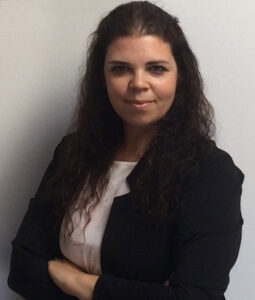 Avv. Giulia D’Onofrio graduated in law from the University of Verona in 2013, presenting the thesis “The New Rights of European Citizens after the Lisbon Treaty” on EU Law. She consolidated and expanded her knowledge of the German, English and French languages during her period of professional training carried out at various law firms in the province of Verona. She also has experience in dealing with civil law and private international law matters and has enriched her knowledge by mastering the legal terminology used in the European Union Regulations. She focuses particular attention on personality rights and also deals with legal protection in criminal matters, in German, English and French as well as her native Italian.